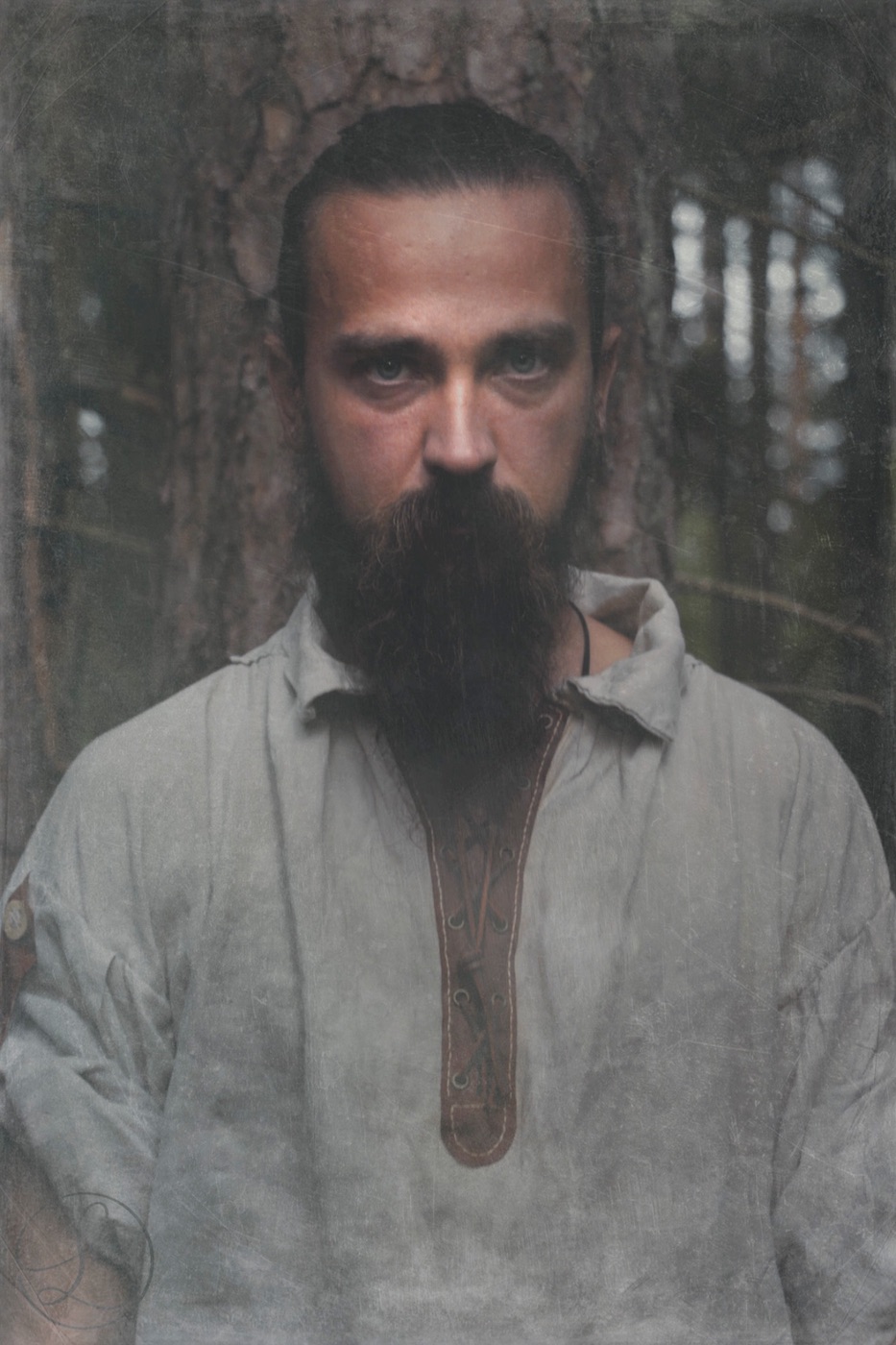 My name is Tomasz Paterski and I was born in 1988. I come from a green land located on the Vistula River. Fate inseparably connected me with the trapper’s trade and traditional craftsmanship. It’s the boreal forests through which I traverse in traditional fashion – as the trappers of North America once did in the old days, which serve as my living space. It is here that I implement projects around the art of forest camping (as a guide and instructor), as well as projects to challenge myself in the form of lonely trips to remote areas of the taiga. Although lonely, it’s not quite: I wander with two companions – Nanook and Wydra. And also with a growing passion that whispers in my ear: “don’t follow where the path leads. Instead, go where there is path and make one. ” Want to know what story emerged from following this advice? Get to know it yourself…

Everything began during the Amhanska (February, time of the Long Drought Moon in the Assiniboini tradition), or as some peoples living in the north would call, the Bear Moon. It wasn’t long before I faced the forest in my early childhood, thanks to my parents moving to a house on the edge of a meadow near the surrounding, ever-rustling and green trees. It was a Polish forest which grows near Poznań; a great forest of adventures soon awaiting me , which flourished to form a forest playground. In it I assembled the first shelters under fragrant resin soaked pines, which were like signposts for me when for when I went for a hike in those forested woods. Here I gained experience in the field of fishing, in which my four uncles and father participated, and it was them who tirelessly supported me to absorb this difficult and fascinating art. In the beginning, we harnessed very old-fashioned fishing methods, blowing away the dust of history from our bamboo and hazel rods so that I could fish with them in the forest waters. I worked through a series of even more intriguing techniques, immersing myself deeper and deeper into a trapper’s atmosphere. Around this time, I also faced scouting for the first time, although sleeping alone was not a cornerstone for me. Already the youngest Tomek’s parents admired their trips to the skimming sea and the lake that matched it with blue. They set the time for us to sleep in old canvas tents, shrouded in the aromas of 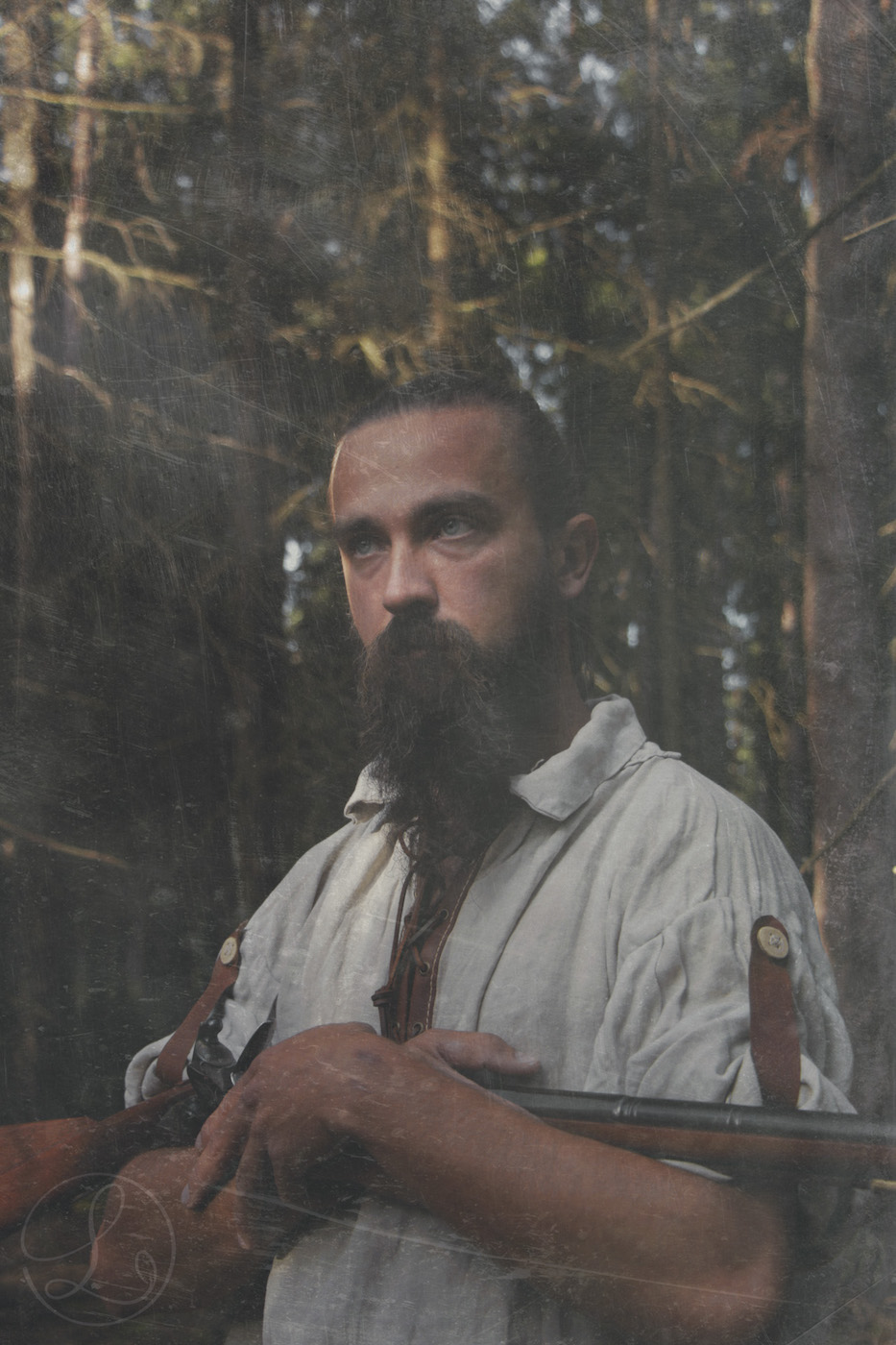 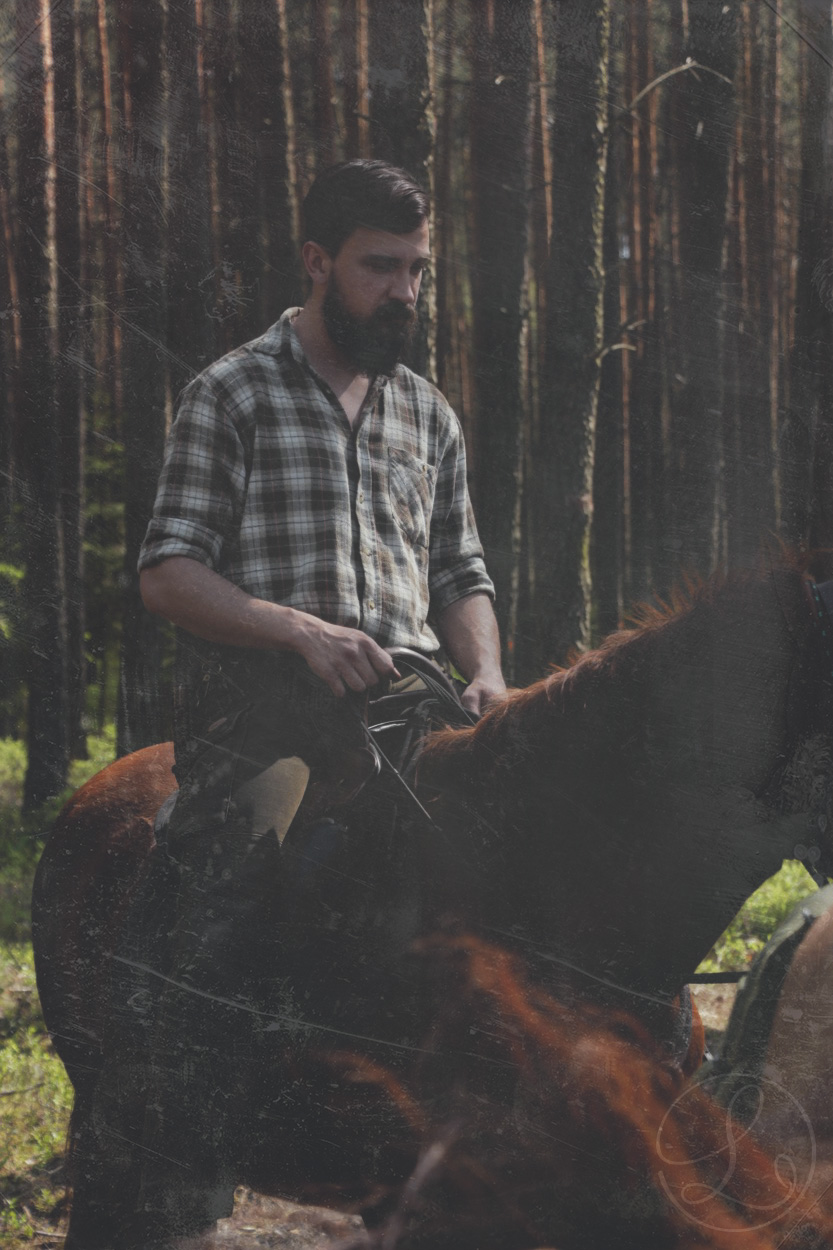 trees and a bonfire pulsing with life. Just contacting the village taught me many useful skills, although the village in which I lived was not the archetype of the village known for agriculture. Nevertheless, the time spent on it, or more precisely – spent with grandparents on their plot, resulted in experience with growing plants and raising animals. Importantly, the sight of slaughtered animals that accompanied me since my childhood did not suppress my sympathy or respect for the inhabitants of the vast forests. Grandpa was a real teacher to me. A master of nature who told me stories about animals and the old ways of living … He organized trips to the forest for mushrooms and fruit together with my grandmother; and from these adventures, I had my first fascinating lessons of the secrets of collecting forest treasures. My grandparents kept pace with my parents, taking me and my brother to a land carved by huge glaciers, where clouds meet the Earth. At that time, being a teenager, I left my native town of Manieczki for a long time, covering over a hundred kilometers. With an air of undoubted professionalism the purpose of this journey – the Sieraków Technical School of Inland Fisheries – made even clearer the paths of pond, lake and river fishing in front of me. This was during my scouting years as well and it was there, in the kingdom of blue, wavy lakes, that I became a team scout leader and a participant in my team’s successes in the field of topography and survival.

The good results achieved at the camps further strengthened what scouting gave me in general: an uncontrollable desire to be in the woods and not necessarily accompanied by a fishing rod but rather it is important that I am surrounded by a forest and the harmony of two smells floating in its clean air: the smell of resin with a hint of adventure. When the turbulent period in my life passed, in which the role of the forest path was temporarily staved, I allowed myself to light that fire of passion again one day, which directed me again into the mysterious woods. Such a fire believe it or not is not dangerous to this environment but is “allowed” a good word? In fact, I couldn’t do it any other way. It was like a thunderbolt that sparked an instant decision; I just suddenly packed my backpack one morning, dropped a kitchen knife, a mess tin, a piece of foil for the roof, maps and string. This hastily folded gear was my only companion on the instinctive path to the same forest which remembered me as a teen walking with my grandparents. The purpose of this madness was the lack of a point or goal, namely it was about going so far into the forest , just to get lost in there. Apparent madness contained an unconscious method to challenge yourself: awakening an even more intense need for communing with nature and related experiences, brushing against the extreme. The goal was achieved, and with considerable vigor. 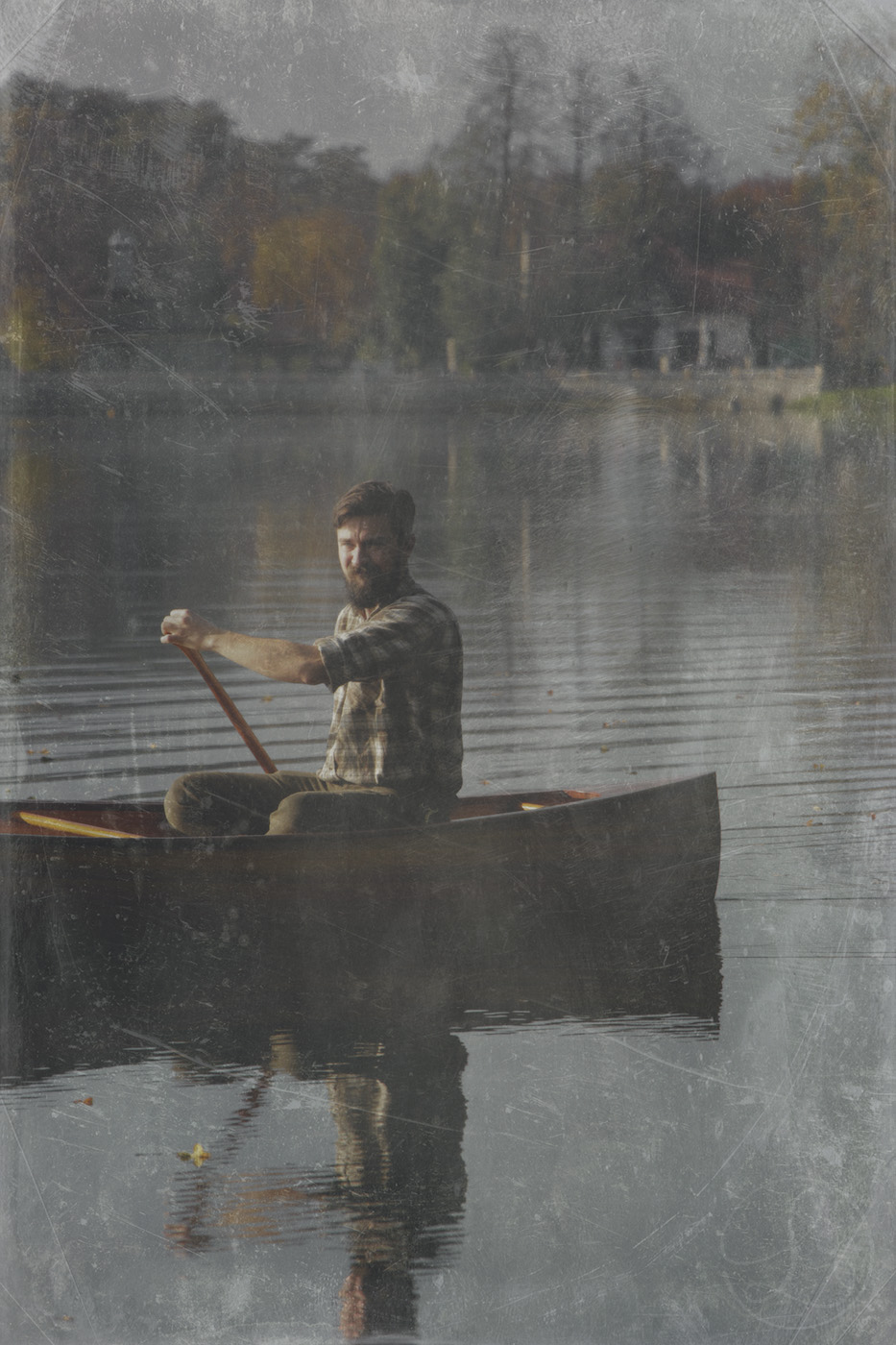 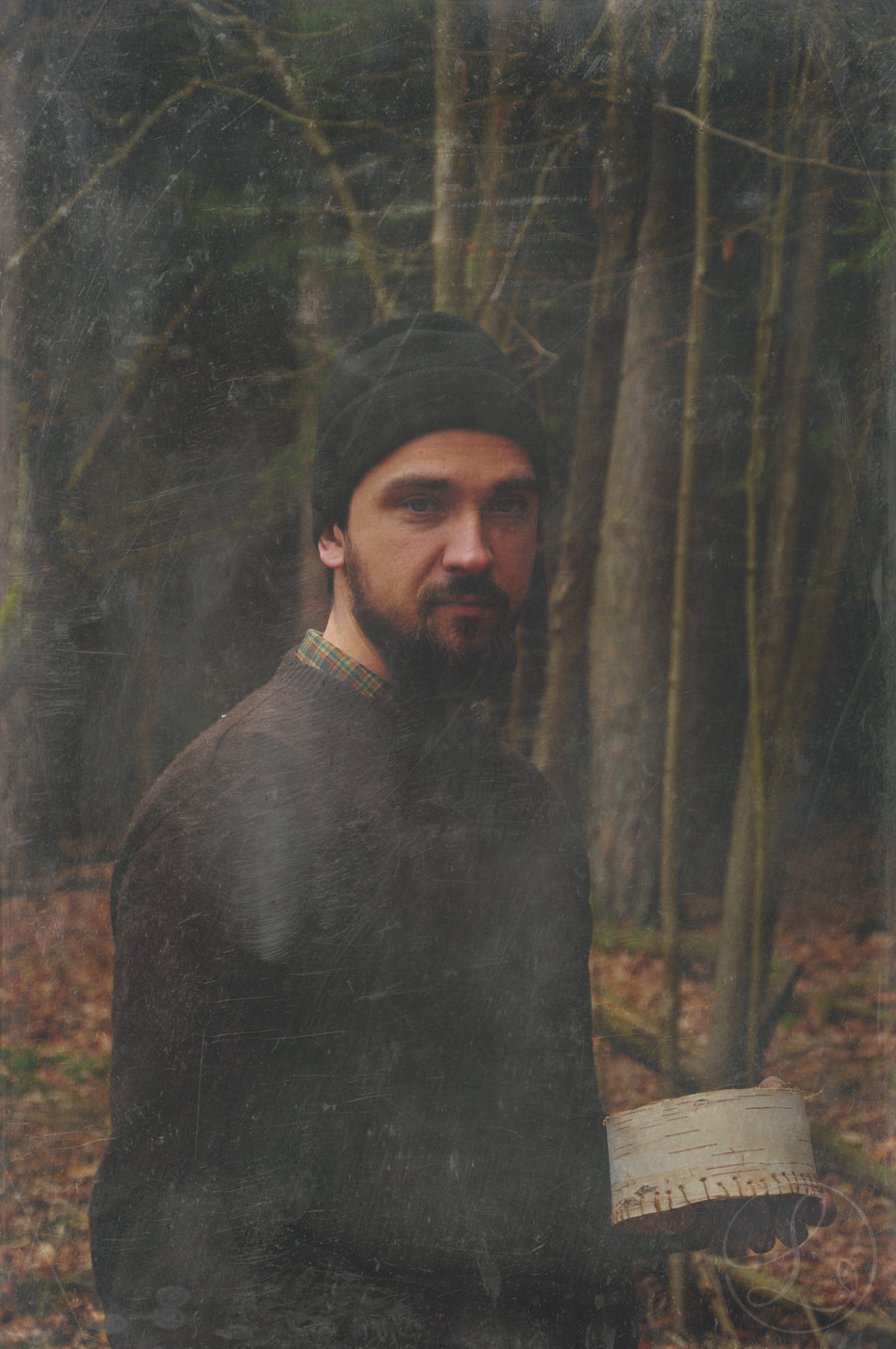 In returning to the forest which connected me with old memories gave me a vision of my own school of survival, and the idea became a reality. A place was created where I trained young people eager for survival knowledge, not avoiding either rock and high mountain climbing. It was a large group, among which the most numerous were members of paramilitary organisations. Without abandoning my position of a military survivor instructor in the Sagittarius Association, I simultaneously organized many trips under the bushcraft umbrella, as well as several get-togethers, which were attended by people from the entire land carpeted with green forests, cut by a blue ribbon-like river. Then I realized that not only do I want to get to know my country better, instead of just praising other people’s but thanks to perseverance in passion, I was able to unite more and more countrymen around the lush, spontaneous concept of bushcraft. The love of staying in the forests, fueled by a beautiful, though inconspicuous turn of Slavic nature towards its roots, has grown to a much larger size. All these previous experiences contributed to the creation of Leśne Rzemiosło. When I laid the foundations of the project, I did not expect it to devour me endlessly… Horses, sled dogs, long, far from boring canoe trips to pristine areas, working as a carpenter and wood worker…

All this has become a new challenge, which is growing beyond me along with Leśne Rzemiosło, but it didn’t tangle my paths. On the contrary – I was getting more and more involved in acquiring new skills, which also included building log huts in a traditional way, sewing leather, dressing animals, or dressing skins with primitive, although very instructive methods. In the end, hunting crafts began to bother me, and under the influence of fascination with trapping, I was carried away by the history of North American trappers. I collected equipment, starting the adventure with historical reconstruction. Shooting and black powder weapons became the apple of my eye. Thanks to such meticulous science, the majority of my current equipment comes from my workshop and performance. I began a real adventure burning the return bridge to a civilization on which I had killed my existence in civilisation itself. With a pocket compass in hand, I set the azimuth to be the North Star, opposite me was a book titled Walden by Henry David Thoreau. Love for boreal forests and a trapper’s raw life led me to the full-blooded areas of the north, where I also lived. Today, the forest is my authentic home, and its trails are a corridor that I traverse in classic fashion, perfecting myself as a trapper and guide traditionally as to my methods, and equally invariably, with the same desire to meet the unknown. 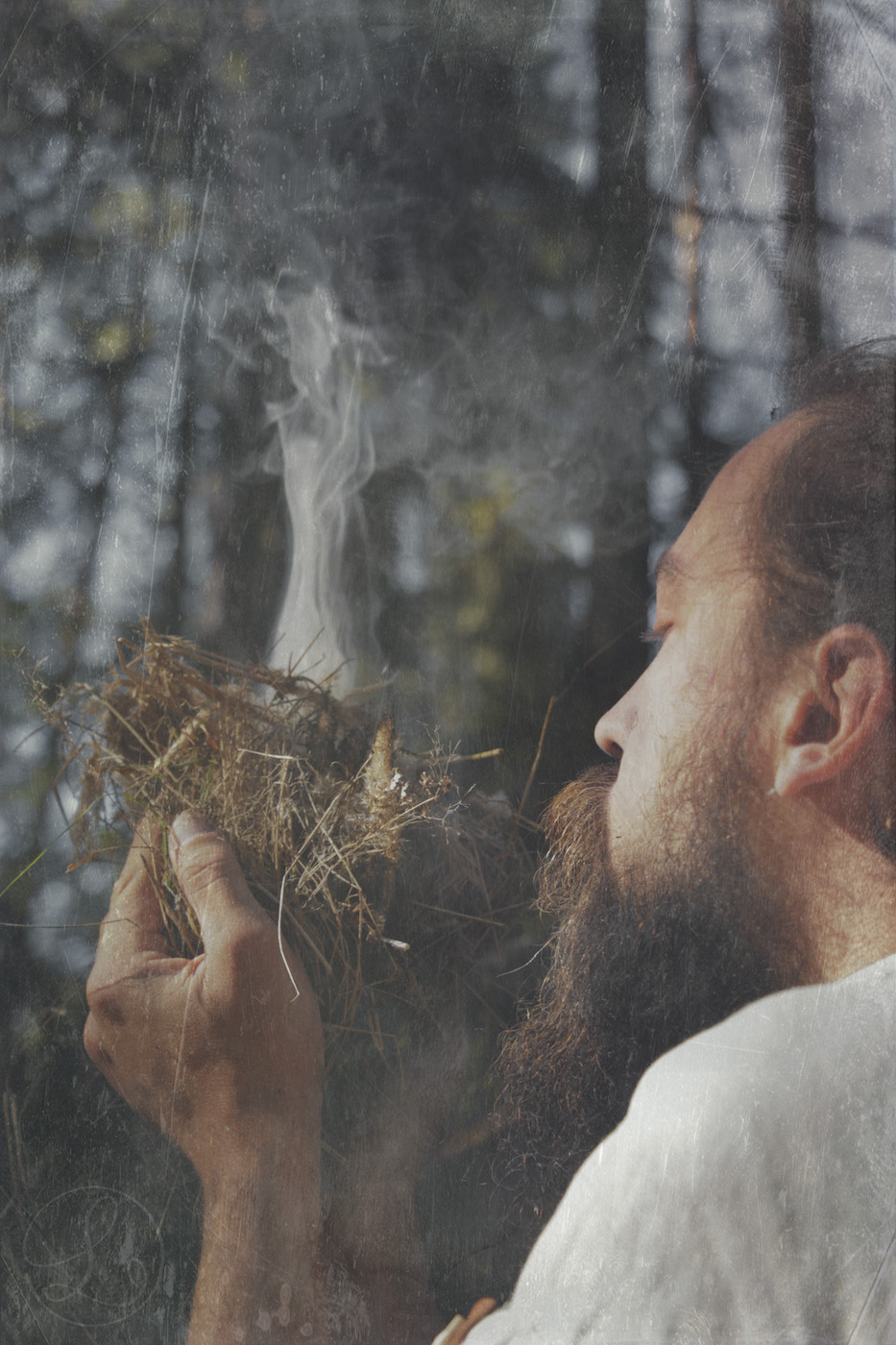 Radio Three of the Polish Radio welcomes Thomas Paterski to the studio. Hello dear readers. Whoever follows the activities of Leśne Rzemiosło , could listen to me on August 5, 2018 on Trójka - Program 3 of the National Polish Radio. In the series "Drozd's Eye's View...
See more

Thomas Paterski - Leśne Rzemiosło. "Thomas Paterski. Traveler, artisan and survival instructor. He is connected the craft of trapping on a daily basis, he makes his own equipment for his trips to the northern areas of the taiga. He is the organiser of many expeditions...
See more 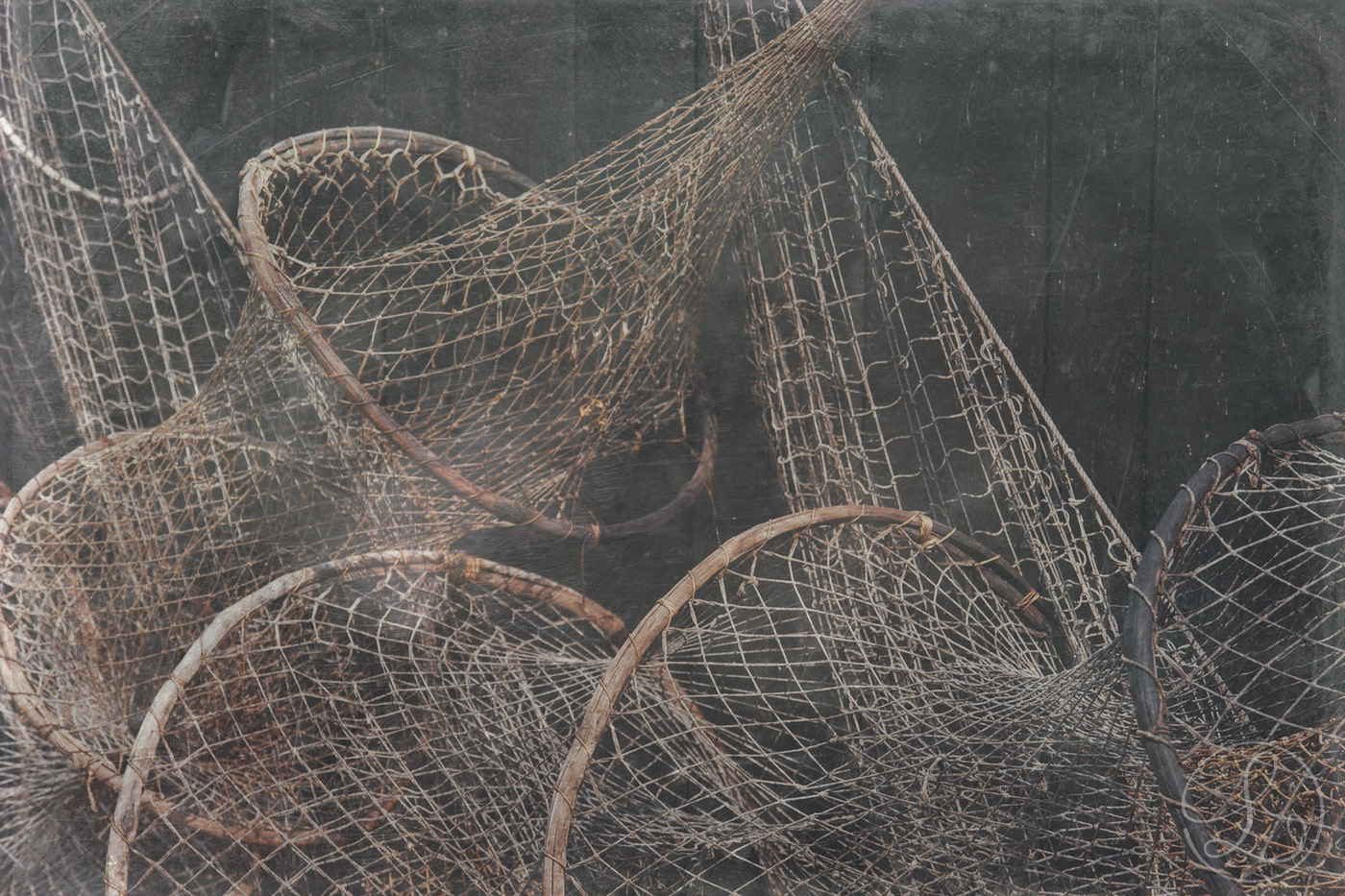 Pond, lake and river fishing. Biology of reservoirs and watercourses. Anatomy and physiology of fish. 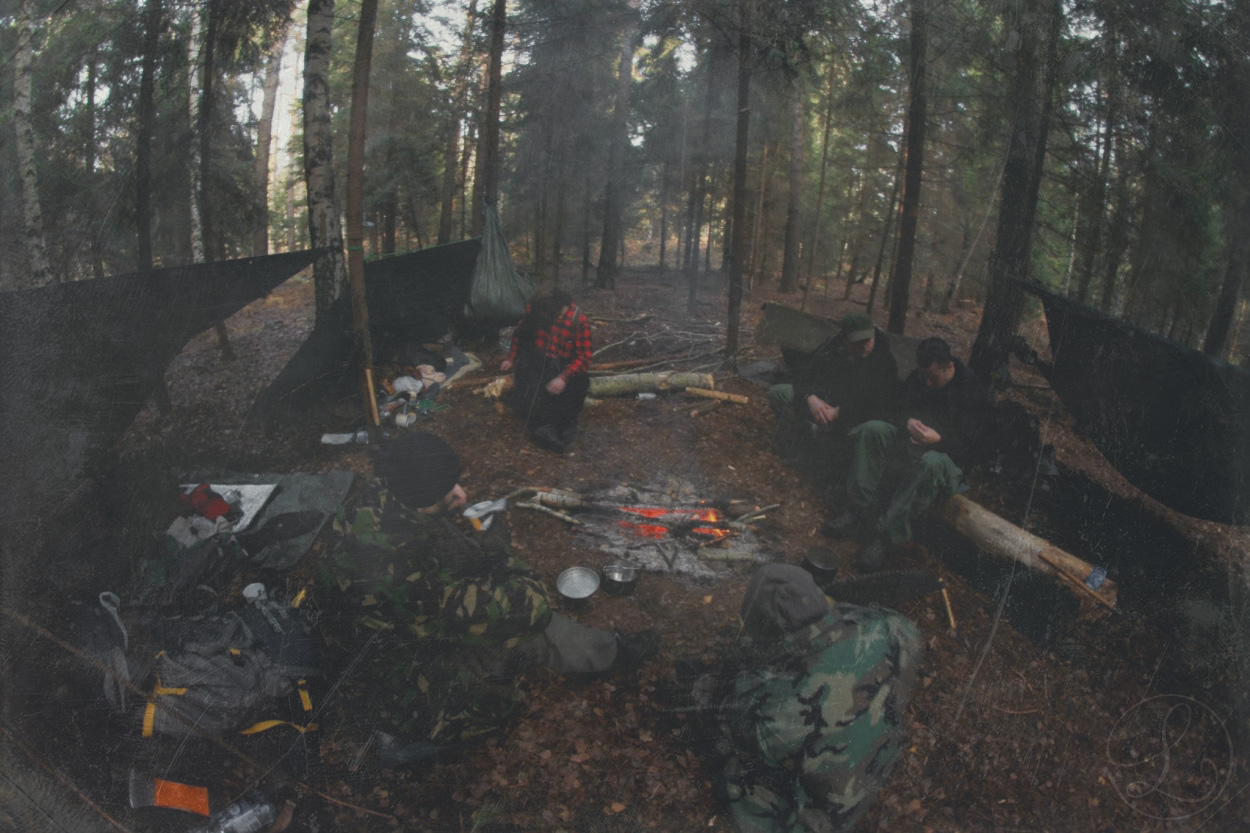 THE PATERSKI SCHOOL OF THE ART OF SURVIVAL 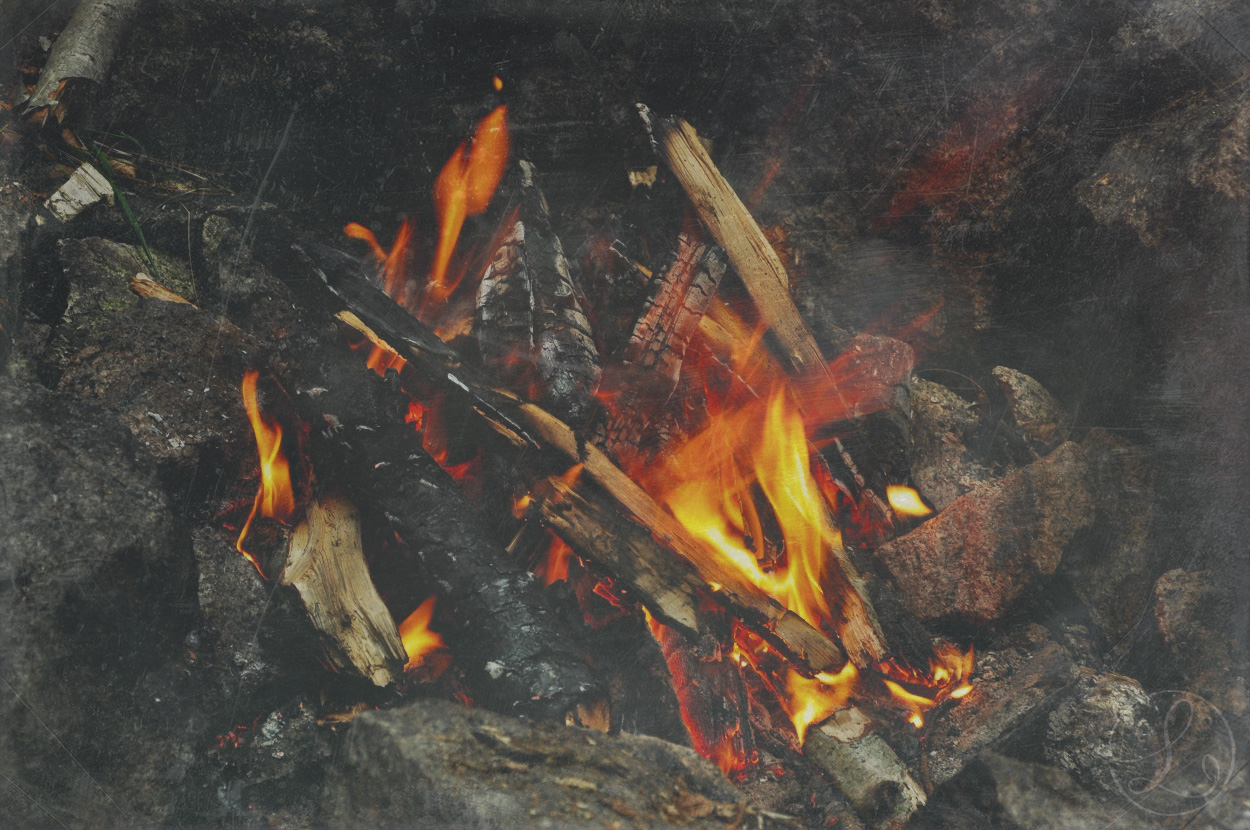 Publication of educational materials, organization of expeditions and trainings. Production of equipment and traditional handicrafts. 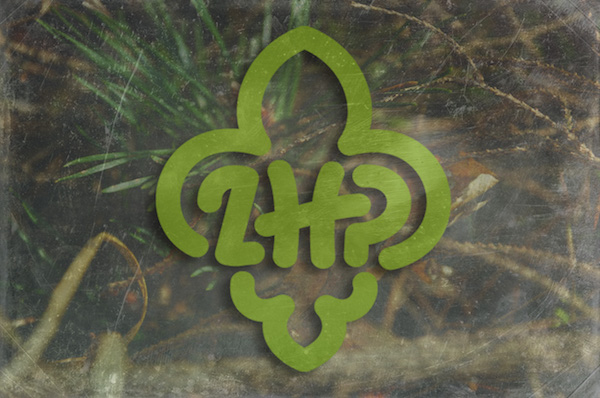 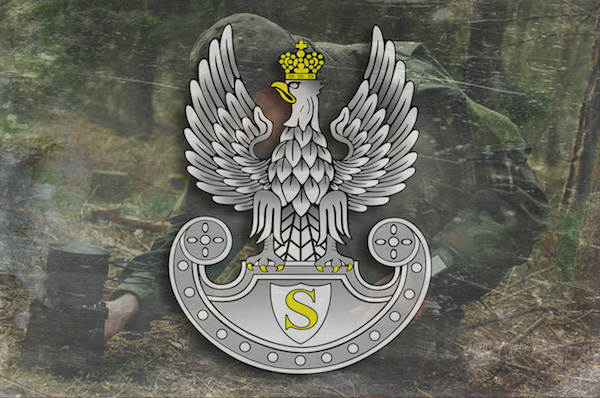 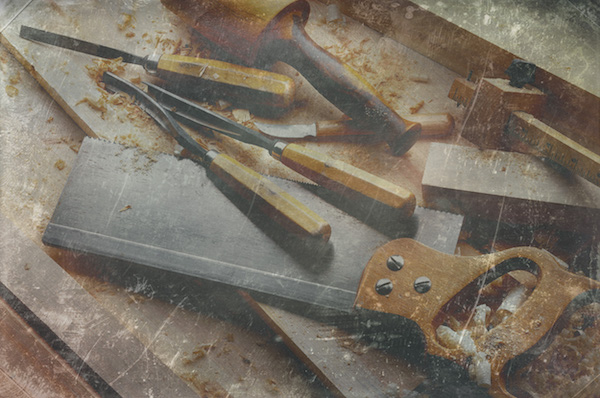 Work related to carpentry in the furniture and interior design development industry. 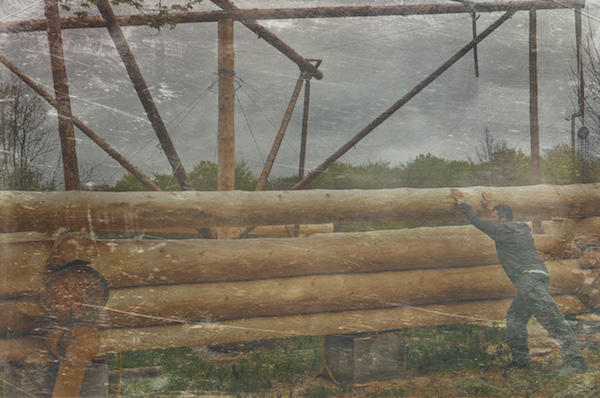 Experience in building classical log cabins, trapper style including some as a volunteer. 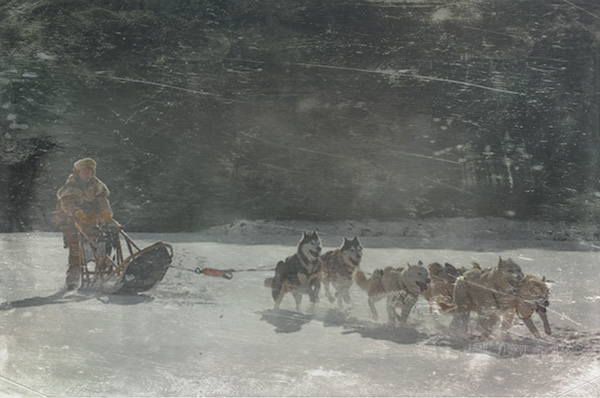